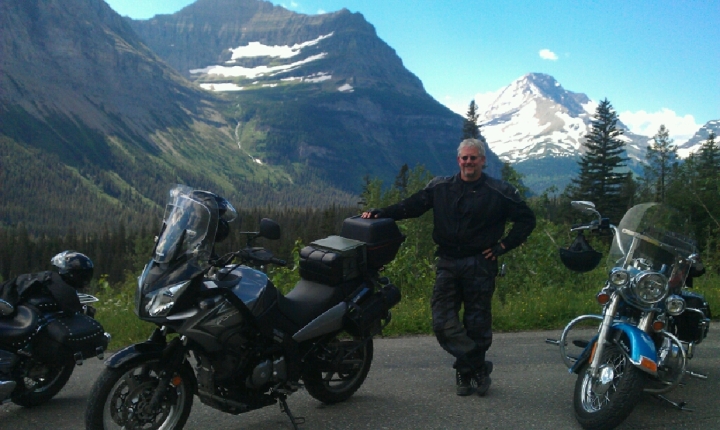 Showing my Better Motorcycle Windshield and my Wind Guards.

After I made my  “Better Motorcycle Windshield,” which worked great and eliminated the head buffing, I realized that the only other big source of wind hitting me was coming from the tank area. I knew the usual solution was to put on fork wind deflectors. But I didn’t like the idea of something attached to my forks on a bike that I rode in rough conditions like back roads, forest service roads and on occasion, a narrow trail. I felt like they would be susceptible to damage from bushes, branches and if someone else was riding it, crashes. After some thought, I decided that I wanted something that would mount on the bike nearer to my legs, offering some protection to my legs and at the same time diverting the air flow coming from below and up around my bike’s tank.

What I did was simple and works great. Using plastic from a 55 gallon plastic barrel, I cut two wind guards following a pattern that I had developed from cardboard. I patterned the cardboard to match the contour of my bike, without touching or rubbing on my bike. 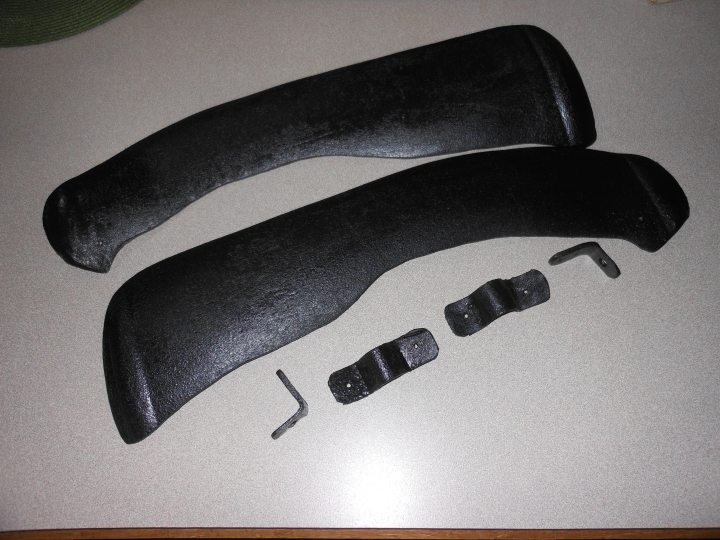 The mounting brackets were easy to make from the plastic of the barrel. I probably could have bought and used two ell brackets and two conduit clamps, but I didn’t have the right size on hand and the plastic offers more flexibility. 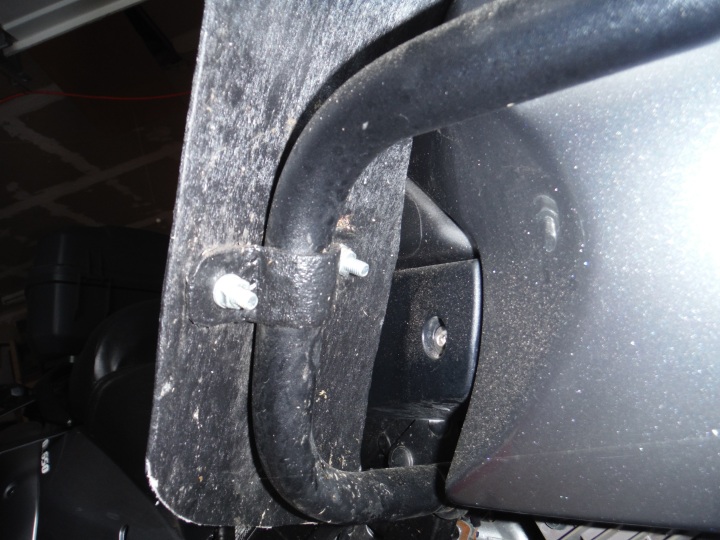 My wind guards mount to my crash bars with the “U” clamps and to the fairing using the ell brackets and a screw into the wind guard. I used a factory screw that holds the bike’s fairing in place. It was located in a perfect place for my purposes. 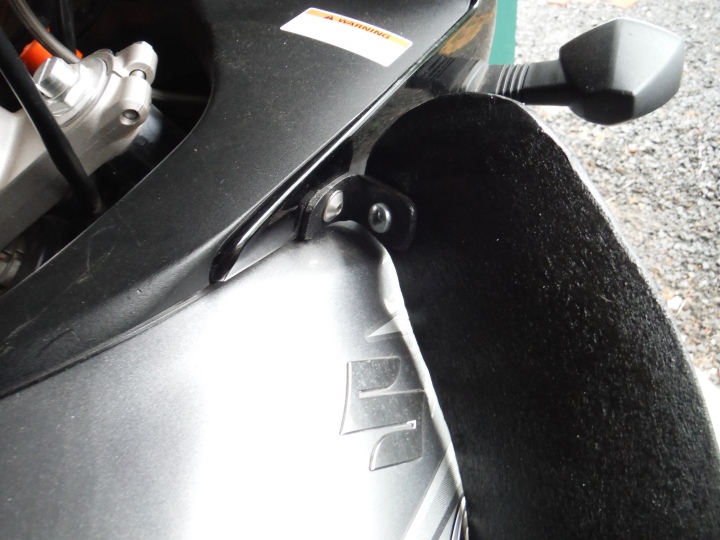 I painted them with truck bed coating that you buy in a rattle can and the black matches my bike great.

They work great! With my windshield modification and the lower wind guards I ride in a very wind free environment. Now the only time I get hit with wind is if the wind is blowing in from the side.

I was afraid that the deflectors would make my bike look too redneck, but I have gotten a lot of compliments on them and most people think that they are stock. 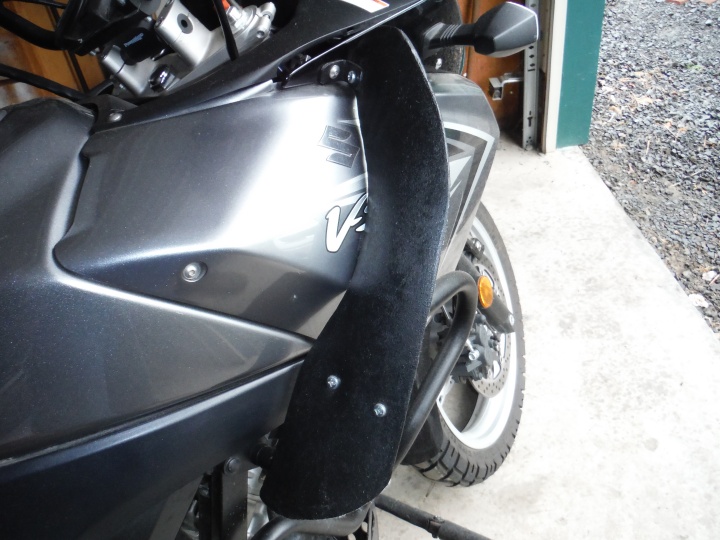